David Johnston is a Queen's Counsel who practises at the Bar in Scotland, mainly in the fields of public and commercial law. He holds MA, PhD and LD degrees from the University of Cambridge. From 1993 to 1999 he was Regius Professor of Civil Law at the University of Cambridge and a Fellow of Christ's College. He is currently an honorary professor at Edinburgh Law School. David Johnston is the author of many publications, including The Roman Law of Trusts (1988), Roman Law in Context (1999) and Prescription and Limitation, 2nd edition (2012). 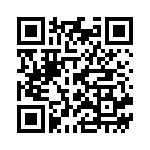